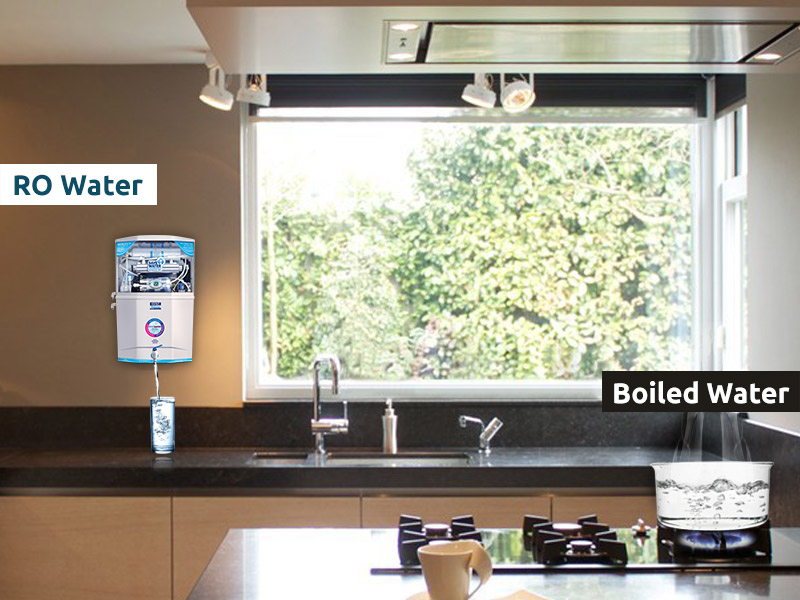 Boiling is the most traditional way of purifying water. When water is boiled it kills almost all the bacteria present in water, but the water is not completely pure. Although boiling water is a common technique, it has numerous disadvantages. Those disadvantages ultimately make filtering your water a far better option if you want to drink the purest water possible. After a lot of advancements came into existence, we are able to get pure water through RO purifiers and it has now become the most preferred and safest choice of water filtration system.

What Does Boiling Water Remove?

Boiling is a common water purification process that is still used by a number of people. However, many people are not aware of the fact that boiling water doesn’t remove many contaminants present in water. Boiling mainly kills the pathogens that might be lurking in your water. Boiling also removes some of the Volatile Organic Compounds (VOCs) that might be present in water. Though the traditional method of water purification kills microorganisms, however, because of the inconvenience, boiling is not routinely used to treat drinking water except in emergencies.

What are the Disadvantages of Boiling Water?

Although the process may appear to be cost-effective, there are different disadvantages of boiling water. Boiling should not be used when toxic metals, chemicals (lead, mercury, asbestos, pesticides, solvents, etc.), or nitrates have contaminated the water. Boiling may concentrate any harmful contaminants that do not vaporize as the relatively pure water vapor boils off. Energy is needed to boil the water, so it may be difficult to boil water in an emergency.

What is Reverse Osmosis?

RO drinking water systems are used in millions of homes to drink healthy and safe. The reason RO water purifiers have become a necessity for every home is because of the bacteria, microbes, and other dissolved impurities present in water. Reverse Osmosis is a process that pushes water using pressure through a semi-permeable reverse osmosis membrane to demineralize or deionize water. The best water purifier for home uses a semi-permeable membrane that allows water molecules to pass through it, however, doesn’t allow dissolved salts, bacteria, and pyrogens to pass through the membrane.

What are the Advantages of Reverse Osmosis?

The harmful contaminants present in water multiply in our intestines and lead to a number of health problems such as fatigue, bloating, diarrhea, weight loss, loss of appetite, and gastrointestinal diseases. RO water purifier, which is also one of the best water purifiers for home use, helps in eliminating harmful pathogens and bacteria to make water safe for consumption. The RO system helps in removing a significant amount of chemicals present in tap water. So you do not have to bear the taste and smell of chlorine anymore. It also helps remove lead, mercury, chlorine, and asbestos, significantly reducing the risk of many related illnesses and diseases.

RO purification is an advanced process that helps in removing dissolved impurities such as salts and heavy metals from water to make it suitable for consumption. Boiling water only kills the microorganisms but doesn’t remove heavy metals from the water making it unsafe for consumption. KENT provides some of the best water purifiers for home use in a variety of price ranges, features, and technology. To find out more about KENT water purifiers, visit https://www.kent.co.in/