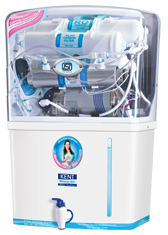 Whether you are using the groundwater or supplying water, its purity always remains a matter of concern. If you are residing in an apartment and the supply of the water is done through the common tank of your society, proper care of sanity and cleanliness is a priority in all aspects. Even after taking all the initiatives, it is not guaranteed that the water you are drinking is not contaminated.

Sometimes, the tap water may smell and taste different due to the contamination of water during the distribution. Many times, damage to pipes may cause such problems. Sometimes, drinking impure water can also cause epidemics that may be disastrous for many families. Here are the reasons why you need the best water purifier for your home:

Many times, people consider that water mixed with mud is not consumable. If you are getting the supply of drinking water from the municipality, its level of contamination is not known to you. Mostly, municipalities use chlorine and chloramine to eliminate micro-organisms. There is no alternative to clean water but still, impurities like bacteria, viruses, heavy metals, chemicals, toxins, etc. are present in your drinking water. These are not physically seen with naked eyes but can cause serious harm to your health.

It is seen that people in their daily life are mostly affected by water-borne diseases. Viral infection is common and affects your health and pocket multiple times in a year. Primarily, it is caused due to impurities and harmful minerals dissolved in the water supply. Chlorine and Chloramine used in municipal water are also proven culprits of causing cancer and other major diseases in many cases. Also, municipality water cannot control the outbreak of bacteria and by drinking the same; you can become prone to several water-borne infections.

Water pollution is a major concern across the globe. Underground water was once considered purest for drinking. But pollution in the cities and rural areas is so high that it has severely affected the groundwater. It is seen that heavy metals and chemicals used in agriculture and industries are mixed with it and reach your home. An advanced purification system is required to eliminate these impurities before drinking the water. It should be noted here that boiling water cannot reduce these components completely.

Different types of purifiers are available with their distinctive features. Hence, you need an ideal water purifier in the home to suit your requirements.