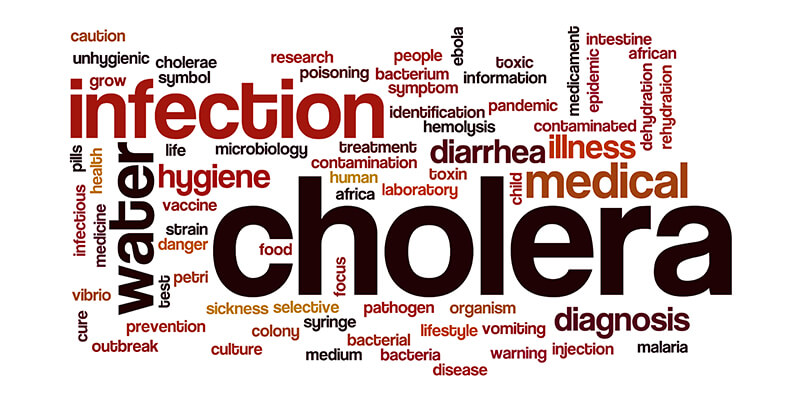 The importance of clean and safe drinking can’t be overseen. Unfortunately, the majority of the households in India don’t receive clean and safe drinking water. This is the reason why every year more than 3.4 million deaths are caused by waterborne diseases, making it one of the leading causes of death. Among the different types of waterborne diseases, cholera is the deadliest. So, in this blog, we discuss in detail the symptoms, causes, and treatment of cholera.

An acute infectious disease, cholera usually results in watery and painless diarrhea. A lot of people suffer from severe diarrhea, which causes acute dehydration and may lead to death. Food or water contaminated with V. Cholerae is the main source of cholera. Initially, the symptoms are mild, however, with time people suffering from cholera develop copious diarrhea within one to five days after ingesting the bacteria. Approximately 4.3 million people are infected by cholera worldwide every year.

Symptoms and Signs of Cholera in Adults

People who are exposed to the virus don’t know they are infected as they don’t become ill. However, they shed the virus in their stool for seven to 14 days and infect others through contaminated water. Mild or moderate diarrhea is one of the most common symptoms of cholera, which makes it difficult to distinguish from diarrhea.

Symptoms of cholera include:

Dehydration may also cause a rapid loss of minerals in the blood (electrolytes) that help in maintaining fluid balance. This situation may also lead to electrolyte imbalance.

Symptoms of Cholera in Kids

Children suffering from cholera have almost the same signs and symptoms as adults. However, they are also susceptible to low blood sugar (hypoglycemia) caused by fluid loss, which leads to

Vibrio cholerae is the bacterium that causes this infection. The deadly effects of cholera are caused by a potent toxin CTX that is produced by the bacterium in the small intestine. The bacterium binds to the walls of the intestines and interferes with the flow of chloride and sodium. As a result, your body secretes a lot of water, which leads to diarrhea, and the rapid loss of salts and fluids. The common sources of cholera are:

There is a vaccine for cholera. In addition, you can also protect yourself by using RO purified water. Use RO purified water, especially for drinking and cooking to stay safe from cholera. Avoid eating raw food items such as unpeeled fruits and vegetables, unpasteurized milk and milk products, and raw and uncooked food items to stay safe from cholera.

Cholera is treatable; however, dehydration can lead to a number of problems. In case of severe diarrhea and vomiting, go to a doctor immediately. Staying hydrated is the main treatment of cholera. Depending on the severity of diarrhea, the treatment may vary from oral to intravenous treatment to replace the fluids you have lost. Resorting to antibiotics, which help in killing bacteria, is not an emergency treatment. However, antibiotics can help in reducing the tenure of diarrhea and excretion of bacteria.

Being a waterborne disease, the only way to stay safe is by drinking clean and safe water. In addition, avoid street food from unhealthy places. Installing an RO purifier can be of great help in reducing the chances of cholera. These purifiers use a multi-stage purification process to remove harmful bacteria and viruses that cause cholera. To check out the range of water purifiers, click here.