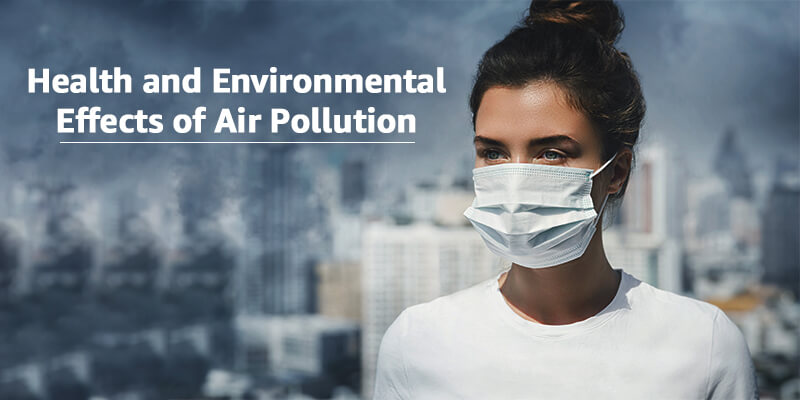 Higher Risk of Hypertension in Women

Research published in the Epidemiology journal indicated that women exposed to high levels of pollution have a higher risk of suffering from hypertension.  Women who are exposed to fine PM and black carbon above 10 µg/m³ develop hypertension. Air pollution can also cause inflammation and oxidative stress.

Inhaling particulate matter irritates the tissues in the nasal cavity, which leads to cough and runny nose. When the fine particles travel down the airways into the lungs, it leads to infection. This can also lead to inflammation, thereby causing shortness of breath. People who suffer from asthma and or chronic obstructive pulmonary disease (CoPD) are at a higher risk.

Air pollution is dangerous for pregnant women. Exposure to air pollution during pregnancy increases toxic chemicals in the blood and causes stress in the immune system. This weakens the placenta that surrounds the fetus and leads to preterm birth.

Acid rain is mainly precipitation that contains harmful amounts of sulfuric acid and nitric acid. The nitrogen oxide and sulfur oxides released in the environment as a result of burning fossil fuel form these acids. These acids fall on Earth’s surface in the wet form (rain, snow, fog) or dry precipitation ( gases and particulates). Acid rain damages trees, and makes water unsuitable for aquatic life and also harms wildlife.

Ozone gas occurs both on the ground level and Earth’s upper atmosphere (stratosphere). Ground level ozone harms human health. A report showed Delhi and some other parts of India have witnessed a spike in the levels of ground-level ozone as a result of the extreme weather conditions. The “good” ozone present on the upper atmosphere of Earth is gradually depleting. Thinning of the protective layer can lead to skin cancer, cataract, and harm the immune system.

The naturally occurring gases on the Earth’s surface maintain a balance in temperature. However, humans have disturbed this natural balance, thanks to the excessive production of greenhouse gases such as carbon dioxide and methane. The Earth’s atmosphere traps more sun’s heat, which is the reason why there has been a rise in the temperatures.

Ground level ozone affects the yields of agricultural crops and commercial forests. This also stuns the growth and sustainability of tree seedlings. The plants are also susceptible to diseases, pests, and environmental stresses.

The increasing level of air pollution has an impact on indoor air quality as well. This is the reason why you need to take the right steps to control both indoor and outdoor pollution. When it comes to outdoor pollution, there are a lot of steps that you can take to improve the situation. Planting more trees, curbing vehicular pollution are some of the ways that can help in controlling pollution. For indoor air, make sure you use a HEPA air purifier, which effectively catches and traps 99.97% pollutants. As indoor air is 5-10 times more polluted than the outdoor air installing an air purifier is a necessity. To find out more about the range of air purifiers from KENT, click here.