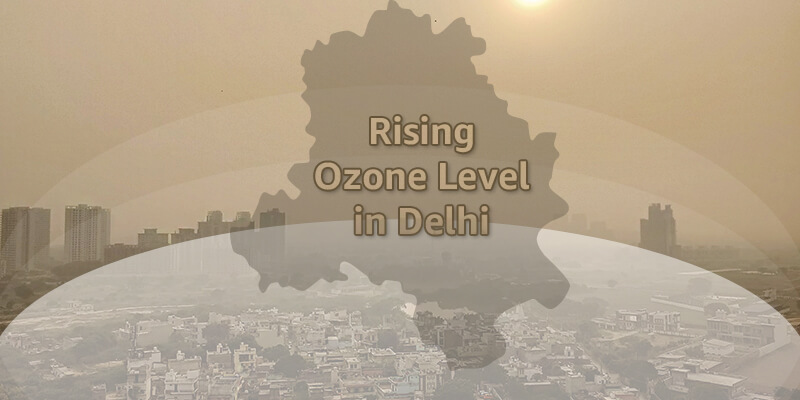 Delhi, a city that is always in the grip of deadly pollution, has seen a deadly increase in ozone levels. Not just Delhi, but several other cities such as Faridabad, Gurugram, Ghaziabad, and Noida have also witnessed a spike in the ozone level. The serious situation has, in fact, become a topic of discussion in Lok Sabha during the current Parliament session. An analysis by the Centre for Science and Environment, New Delhi has revealed that many densely populated areas have exceeded the ozone standards after analyzing the past 12 days. Considering the alarming situation, we will discuss in detail the causes, effects, and solutions for ozone pollution.

Also known as the International Day for the Preservation of Ozone Layer, the United Nations General Assembly designated September 16th as World Ozone Day. The day was designated in memory of when nations inked the Montreal Protocol on Substances that lead to Ozone Layer Depletion.

The theme of this year’s World Ozone Day 2019 is- 32 Years and Healing. The theme celebrates more than three decades of international cooperation to protect the climate and ozone layer under the Montreal Protocol. The Protocol has been successful in phasing out 99 percent of ozone-depleting chemicals in different products such as air coolers and refrigerators.

The Rising Risk of Ozone Pollution in Delhi

High pollution, rising temperature levels, and heat waves have increased the formation of ozone and exceeded the standards. Dwarka, Ashok Vihar, Bawana, Vivek Vihar, and Sri Aurobindo Marg are some of the locations that have noticed an increase in the ozone level. In fact, 38 percent of the 36 locations have exceeded the eight-hour average standard of ozone. According to the AQI data released by CPCB, ozone and PM 2.5 have been the prominent pollutants between April 11 to June 5, 2019. The highest concentration of ozone in 2019 went up to 122 micrograms per cu m. This is 1.22 times higher than the eight-hour average exposure is 100 micrograms per cu m. The eye-opening year-to-year comparison table will give a clear idea about the number of days some of the prominent cities have witnessed increases in ozone levels:

High levels of ozone present in the atmosphere have a negative effect on health. People suffering from asthma, children, older adults, and people indulging in outdoor activities are at a higher risk of ozone pollution. Breathing ozone can lead to the following problems:

The high level of air pollution has a negative impact on indoor air and leads to a number of health problems. The outdoor air pollutants infiltrate into your home in a number of ways such as open windows, doors, cracks in the walls, and window sealants. Ground-level ozone and other gases, which penetrate into your home using the ventilation process, react with the chemicals present in the building and create harmful chemical byproducts. Research shows that indoor ozone, present even at low levels, can lead to a number of health problems such as trigger asthma and respiratory problems.

How can you protect yourself from high ozone levels

The best way to reduce exposure to rising ozone pollution during summer is to monitor the ozone levels in your area and take the required action. Here are a few useful suggestions to stay safe from ozone pollution:

The first step is to monitor the air quality of the area where you live. There are websites that provide you with information about air quality and ozone levels.

If possible, stay indoors when pollution is high. As per EPA, the concentration of ozone indoors varies between approximately 20-80% of the outdoor level. However, this percentage also depends on whether the windows are open or closed, or an air conditioning system is used.

Use an Air Purifier

Ozone is a deadly gas and even a short duration of exposure to ozone worsens asthma and respiratory conditions. Considering the alarming situation, it’s high time to take the right steps such as reducing emissions and burning waste. Controlling the current situation will make a constant effort and time, however, taking these small steps will ensure that the problem doesn’t increase in the coming years and pose a risk to mankind.