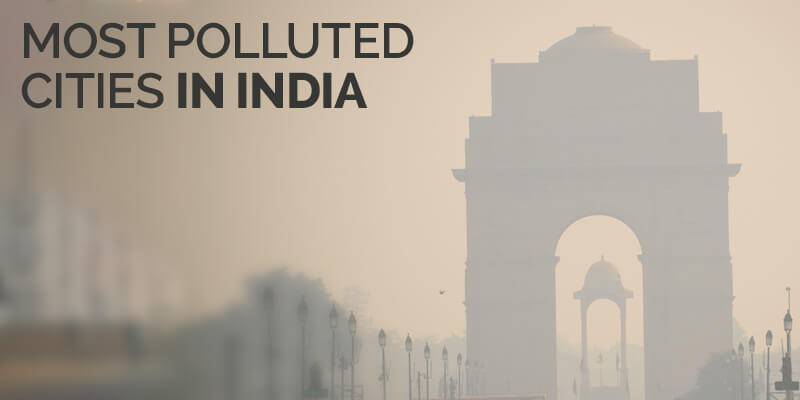 Every winter, we face the serious problem of excessive air pollution. Almost all the cities are covered in smog and the air quality reaches dangerous levels. The pollution level gets so severe that most of the major cities are left gasping for breath. In fact, India is home to the world’s 14 most polluted cities, based on the presence of particulate matter. The WHO also estimates that air pollution kills approximately 7 million people in a year. Pollution is the major reason for heart problems, lung diseases, respiratory infections, pneumonia, cancer, and insomnia.

Top 10 most polluted cities in India

Considering the increasing amount of pollution, here’s a look at the top 10 most polluted cities in India based on the average amount of PM 2.5 level.

Kanpur, known for its shoe industries and leather, tops the list of India’s most polluted cities. The city has the worst air quality in India as confirmed by the WHO. The annual average level of PM 2.5 in Kanpur is 88, which is 17 times higher than the recommended limit of WHO. The leather tanneries in Kanpur release dangerous levels of chromium into the air contributing to severe levels of air pollution.

Faridabad, the largest and most populated city in Haryana, is the second most polluted city in India. An industrial city, Faridabad sees a large amount of construction of commercial complexes and high rises. In addition, factors like the burning of crops, industrial pollution, and vehicular emission also deteriorate the air quality.

The holy city of Varanasi is third on the list of the most polluted cities in India. Located just a few hundred kilometers from Gaya, Varanasi faces a serious problem of deteriorating air quality. According to WHO, the average level of PM 2.5 in the city was as high as 165.

The holiest city of Bihar, Gaya is also on the list of the top ten polluted cities in India. Unregulated construction and illegal mining are the main reasons for increasing air pollution in Gaya. The average PM 2.5 level in Gaya as calculated by WHO was 174, which is approximately 15 times higher than the safe limit.

Patna, an ancient city on the banks of the Ganges, is also included in the list of the highly polluted cities in India. The noisy and congested city is the transportation hub of Bihar. Suspended dust particles, vehicular emission, and smoke from the brick furnace are the main causes of a higher level of PM 2.5. The average level of PM 2.5 is 175 micrograms as reported by WHO.

Everyone is aware of the severe levels of air pollution in Delhi, especially after the festive season. Delhi was formerly the most air polluted city in India, recording the highest level of pollution in the last six years. The average level of PM 2.5 remains serious at 164, which is approximately 70 times more than the normal limit.

The city of Nawabs is also on the list of the highest polluted cities in India in terms of the level of PM 2.5. Burning garbage, traffic, and excessive construction work are some of the reasons for excessive pollution in Lucknow.

Renowned for the Taj Mahal, Agra is one of the most sought-after tourist destinations in India. Cooking fuels, factories, and vehicular emissions have increased the average PM 2.5 level to 58. The excessive level of air pollution has turned the marbles of the Taj Mahal yellow and green.

Muzaffarpur is in the Indo-Gangetic plains in Bihar. Road dust, open waste burning, manufacturing industries, brick kilns as well as construction activities are the main reasons for high levels of pollution. The average level of PM 2.5 in Muzaffarpur was 184.

The beautiful city of Srinagar has also come under the grip of severe air pollution. The average PM 2.5 level in the city touched 13. 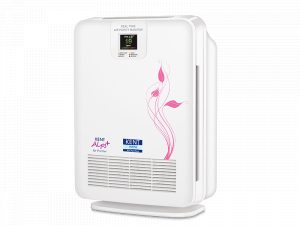