The Alarming Situation in Delhi

Delhi is the third most exploited state in India after Punjab and Rajasthan, according to a report prepared by the Central Ground Water Board (CGWB). Every summer, parts of Delhi face severe water scarcity. Almost sixty percent of water supplied by the Delhi Jal Board is sourced from the Yamuna and the rest is from groundwater. However, the Yamuna river, which is a major source of water supply is highly contaminated and loaded with toxic waste. In addition, the discharge of wastewater as well as sewage directly into the nearby water resources also has an effect on the availability of water. Approximately 57% of the tehsils in Delhi are overexploited, as analyzed by the CGWB. The reason for deteriorating water quality is two-fold:

In some of the isolated places of Delhi, the water table has declined by more than three meters per year. According to the official figures, Delhi needs 1,100 million liters of water on a daily basis out of which Delhi Jal Board can fulfill only 900 million liters of water daily. The gap of 200 million is met by Delhi’s groundwater reserves. With the population of Delhi growing, the water resources are depleting rapidly, which is why the dependency on groundwater has increased.

Rainwater harvesting is one of the major ways to deal with the deteriorating groundwater level. Rainwater harvesting (RWH) was made compulsory almost 19 years ago, however, the effective implementation of the plan has taken a backseat. The loopholes are also related to the practices of builders, who get the plans of their building plans approved by municipal corporations but don’t install an RWH system. In addition, the procedural complexity of implementing the plan also adds to the problem. Even with the financial initiatives of DJB, residents need to approach a number of agencies for approvals, which hampers the implementation of the RWH system.

Effect of Over Extraction on Quality of Water

Over extraction of groundwater also has a negative effect on the water quality. Groundwater turns brackish and saline as a result of over-extraction and depleting water levels. The water gets more stagnant when the water table is stagnant. The reason is stagnant water has more salts and minerals, which makes the water more saline and brackish. In addition, inadequate sewage treatment and disposal also have a negative effect on groundwater quality. Improper disposal of sewage and unhygienic conditions around groundwater sources also increases the instances of nitrate pollution. The combined effect of domestic sewage, livestock rearing, runoff from fertilized fields, and landfills contributes to the deteriorating quality of groundwater.

How can you help? 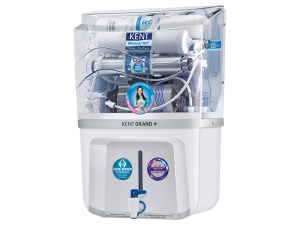 Considering the alarming situation, it is necessary to take some steps to reduce the damage before it’s too late. Humans are equally responsible for the deteriorating condition that we are facing today. This is the reason why it is important for the residents need to check their water usage. Giving incentives to residential societies for preventing water wastage. In addition, big institutions need to be encouraged to treat and reuse water.

Tags:groundwater level in delhi, save water technology, water crisis in delhi, water purifier, ways to save water at home