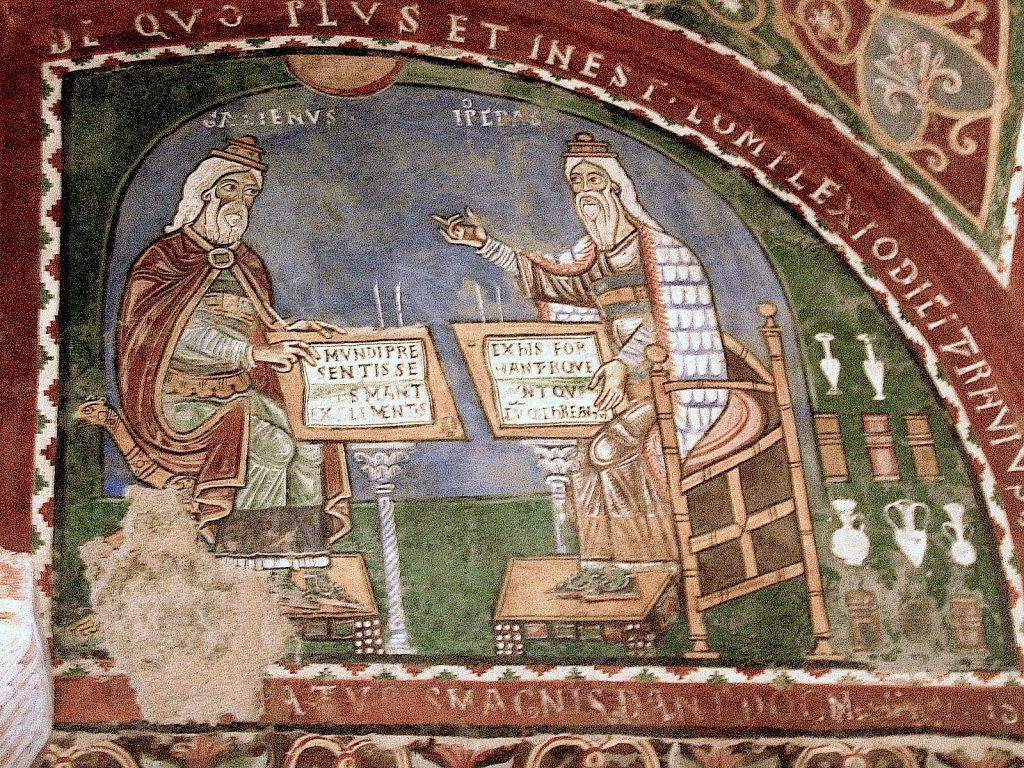 The history of water purification or filtering is very much connected to the history of water itself. As the population grew, water becomes highly contaminated which led to the emergence of the need for pure, clean drinking water. Although the evolution of the best water purifiers took ages people did realize its importance of it.

Source: Wikipedia (Mural painting of Galen and Hippocrates, from the 12th century. The latter designed a rudimentary water filter)

According to Wikipedia, Ancient Sanskrit and Egyptian writings document practices that were followed to keep water pure for drinking. The Sushruta Samhita (3rd or 4th century CE) specified various methods, including boiling and heating under the sun. The text also recommends filtering water through sand and coarse gravel. Images in Egyptian tombs, dating from the 15th to 13th century BCE depict the use of various water treatment devices. Hippocrates conducted his own experiments in water purification. His theory of the four senses of humor of the body led him to believe that the maintenance of good health required that the four senses of humor be kept in balance. He recommended that feverish patients immerse themselves in a bath of cool water, which would help realign the temperature and harmony of the four senses of humor. Hippocrates believed that water had to be clean and pure and he designed a crude water filter to “purify” the water he used for his patients. Later known as the “Hippocratic sleeve,” this filter was a cloth bag through which water could be poured after being boiled.

It is also worthy to note that civilizations thrived only around water and much of the war that was fought between the tribes of pre historic men were issues related to water. In modern times, concerns over water quality remain supreme. Over the years, scientists have discovered more and more contaminants in fresh water sources, and these same scientists have noted a strong correlation between drinking water contamination and many significant health problems. Due to the rampant impurity of water and the crucial, physiological need for clean, fresh drinking water, several treatment alternatives have emerged throughout the history of water treatment.

The first record of experimentation in water filtration, after the blight of the Dark Ages, came from Sir Francis Bacon in 1627. Hearing rumors that the salty water of the ocean could be purified and cleansed for drinking water purposes, he began experimenting with the desalination of seawater. Using a sand filter method, Bacon believed that if he dug a hole near the shore through which seawater would pass, sand particles (presumable heavier than salt particles) would obstruct the passage of salt in the upward passage of the water; on the other side of the hole would then provide pure, salt-free water. Sadly, his hypothesis did not prove true, and Bacon was left with salty, undrinkable water. His experiment did mark rejuvenation in water filter experimentation. Later scientists would follow his lead and continue to experiment with water filtration technology (Source: historyofwaterfilters.com) 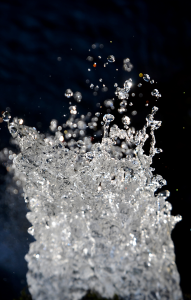 The evolution of water purifiers has been captured in depth by India Water Portal. Extracts of which are given below.

Chlorination Of Water | One of the earliest methods of water purification was to add chlorine in the water. Chlorine releases hydrochloric acid, which reacts with the microorganisms and kills them. However, due to its negative effect on health as well as its ineffectiveness to kill certain types of protozoa, this technique lost popularity paving the way for other purifying techniques.

All water purifiers have a water filter. The most popular ones are discussed below:

Active Carbon filter | This kind of filter is used to purify soluble gasses such as chlorine, carbon monoxide, nitrogen, ammonia, and organic material like dead algae, leaves or any other dead thing washed into a water body. The porous nature of the carbon (charcoal) helps to absorb chlorine and pollutants such as pesticides. Generally, household carbon filters come with a lining of activated silver that kills bacteria.

Bio Sand Filter | It is a concrete or plastic box that is filled with layers of sand and gravel, which removes pathogens (micro-organisms in water that make us sick) and suspended solids from contaminated water. Water is poured into the top of the filter and collected in a safe storage container. The organisms which cause infection.

Ultra Violet (UV) Filters | UV light (minimum level radiation) is passed on the water to kill bacteria and other microbes by attacking the DNA in cells. These filters remove pesticides by up to 99%. This filter is effective in removing all types of pathogens but it is not effective for removing suspended particles, chemicals, taste, smell or colour. It can purify approximately 2000 liters/day.

Reverse Osmosis Filters | Reverse Osmosis (RO) system offers a multi-stage filtration of water by combining active carbon and also particle filtration. Here, the tap water is made to pass through a membrane (a polymer film) that has very small-sized pores and this weed out minerals and micro-organisms in water. The impurities collected are then flushed out through an outlet pipe. An RO water purifier improves the taste of water. RO filters are recommended for places where the problem with the water is its high content of dissolved minerals.