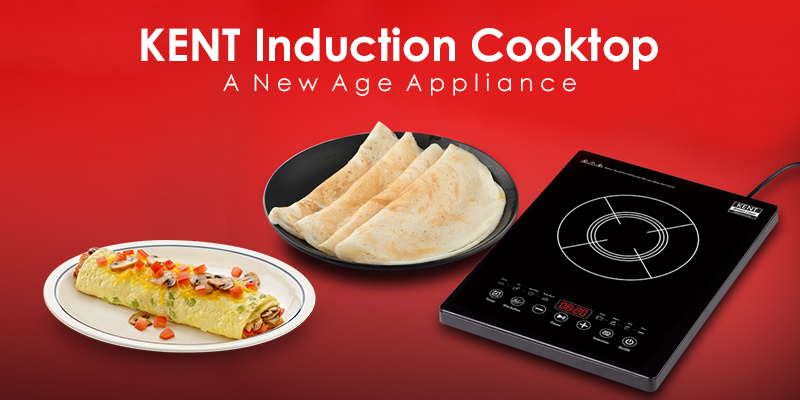 The first question that comes to mind is what makes it different from the traditional gas stoves that we use. Here are some of the main features of the Induction Cooktop:

The induction cooktops from some of the renowned brands such as KENT come with pre-set menu options. The feature touch buttons make using the appliance a breeze. All you need to do is select the desired option from the pre-set menu. Starting from boiling milk, to making chapatis, curry, and dosas to soup, there is a lot that the induction cooktop can do with a single touch.

In hot and humid places, cooking in the traditional gas stoves is a hassle. The heat generated from the gas stoves makes cooking extremely uncomfortable. Induction cooktops, however, don’t generate a lot of heat so that you can cook in comfort.

The glass-top surface of induction cooktops makes it easy to clean the appliance as compared to a traditional gas stove. Even if you spill something on the cooktop, the spilled food will fall on a cool surface as compared to traditional stoves, which makes cleaning a breeze. Cleaning the surface of a gas stove is a lot more difficult as the heat spreads making the surface hot.

Those were some of the differences between a gas stove and an induction cooktop. When choosing between the two, make sure you weigh the priorities, safety concerns, and also budget before making the final decision. You can check out the variety of induction cooktops by KENT to find out more about the safety features and advantages.